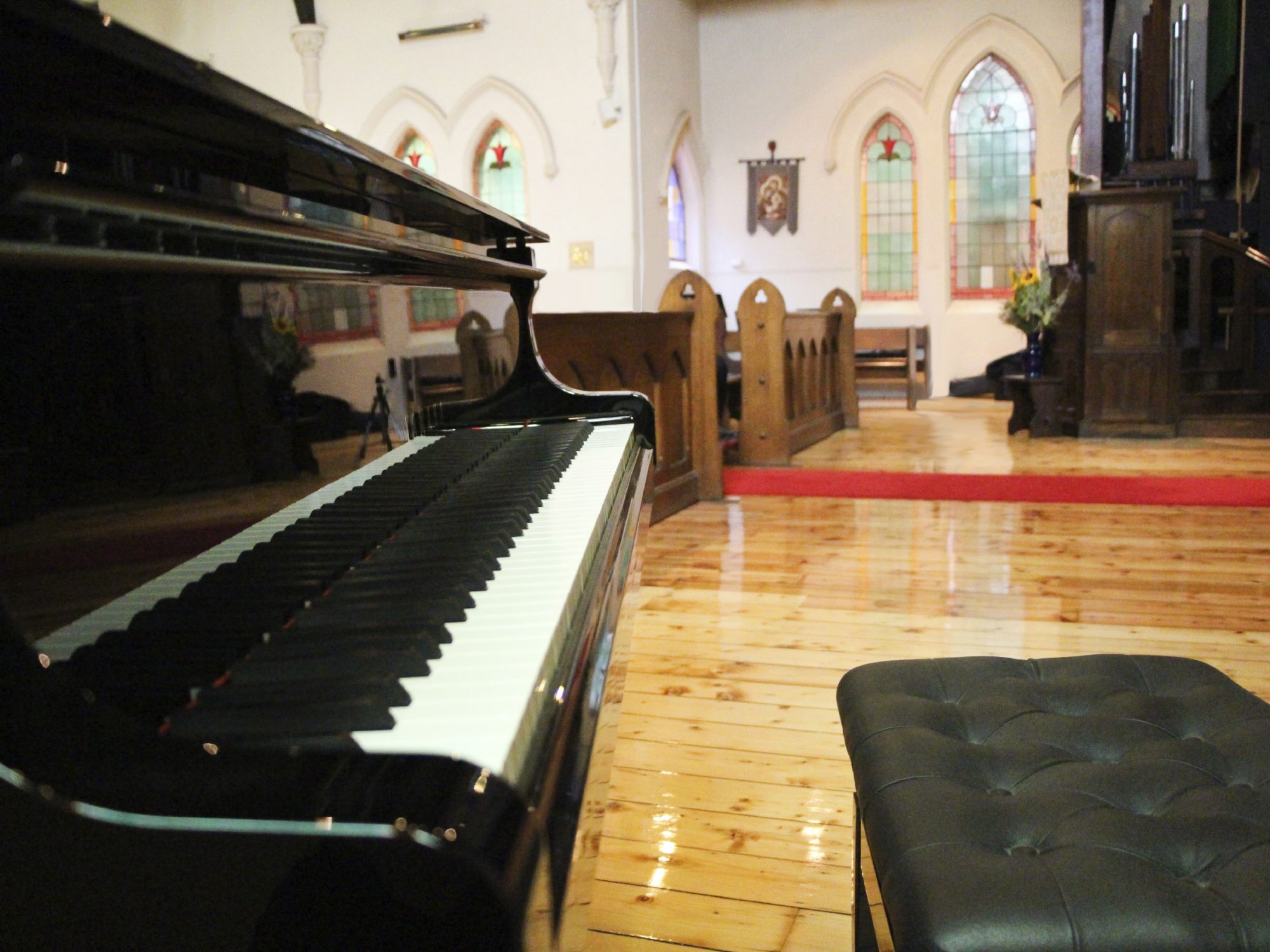 If you’ve ever attended a church, then you, like me, have very likely observed and participated in the singing of hymns. I grew up in a church where hymns were sung at each service, and they were almost always accompanied by a pianist. Sometimes we also had an organist, and when both piano and organ were playing, the sound was absolutely glorious, and all the more louder and boisterious we would all sing in response. On those days, most of us felt very actively engaged in the worship service.

From time to time in the church of my youth, the accompanist rotation would provide us with a timid piano accompanist, and no organist to boot. On those days, we would usually sing more softly, somewhat unsure of ourselves, and definitely not as enthusiastically as other days. Something was missing, we felt, but typically we were unable to place our finger exactly on the cause. We simply knew that we felt less engaged in the worship service on those days.

But then there were those very special days. Those days that came just a few times each year. On those wonderful days, we were fortunate to have not only the piano and organ, but also trumpets and violins! Oh but how wonderful was the sound on those days! The congregation seemed transformed, and sang more powerfully than ever, yet beautifully angelic, as if we had been actually changed to spirit and were in fact surrounding the throne of our Creator God in heaven. Our voices reverberated through the church. It was truly majestic.

Being a musician, I’ve always been fascinated by the role that accompaniment plays not only in the quality of congregational hymn singing, but also in it’s ability to help the congregation feel, to lesser or greater degrees, passionately involved in the active and highly participatory part of every worship service. In fact, I believe that God gave humans the ability to create instrumental music as one way to help us more fully worship and praise Him.

In most churches, hymns are typically accompanied by some type of instrument, or a collection of instruments. And we might simply accept this as normal and not spend a moment considering it one way or the other. However, it might be surprising to learn there are many denominations in which instrumental hymn accompaniment is not used or is outright disapproved. The Churches of Christ denomination is perhaps the most well known church to take this position.

As you might expect, I don’t agree with the COC position, but researching this topic has led me to an even greater appreciation of the value of instrumental accompaniment during church services. What a privilege and blessing it is when a congregation has such an individual (or individuals) available to serve them, to aid them in engaging their whole heart in singing worship to God.

I believe that congregants should, and indeed desire, to sing heartily, with all their heart, full of enthusiasm and energy, worshiping their Creator with full voice during the part of each service that is designated for this. One of the easiest ways to encourage such passionate participation is to engage the services of an energetic and talented accompanist (or, as is done in many larger churches, an ensemble of musicians). Without accompaniment, congregants will likely still have the will to sing with all of their heart, but uncertainity will prevail, and the result will usually feel off.

To understand why, let’s think about what happens when a skilled accompanist (or ensemble) begins the introduction of a hymn in a strong and boisterious manner. When this occurs, there are no doubts about when to begin singing, no doubts about the style or dynamics, no doubts about the tempo, and no doubts regarding the key of the hymn. The congregation simply begins singing together, following the lead of the accompaniment, resulting in a much more unified voice than otherwise.

Likewise, if the accompaniment is soft and reverent, the congregation will sing softly and reverently together.

But without a strong and clear accompaniment, the congregation is left to wonder, confusion permeates, and the resultant disunity leaves much to be desired. This might seem like common sense, but I can’t count the number of conversations I’ve had with many well intended people, mostly non-musicians, where it quickly became clear that the importance of the accompanist role was something they never seriously considered.

But here is a note of caution, especially when the accompaniment role is performed by a single talented individual in a small church where he or she is typically the most skilled musician in that small church.

It is easy for human beings to be deceived and consumed with a sense of pride and self importance.

Our adversary the devil constantly seeks ways to make us feel more important than we actually are, to make us feel that we are directly responsible for the successes that we have achieved, instead of giving God the total and complete glory for what He has graciously done in us. It is consequently absolutely critical that the church accompanist recognize that it is God that is being worshipped. Not the accompaniment or the accompanist. The role of the accompanist is simply to help direct the congregants toward God as they sing.

With their whole hearts.

What a blessing it is when God chooses to use the accompanist in that way, to serve the congregation in their effort to more passionately worship Him.