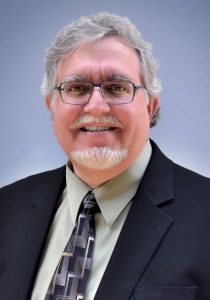 Not only a musician, but also a software application development specialist with over 30 years in the business, below is Mark Salcedo’s current professional resume. You may also click on the link below to download a copy.

Led a software development group of 11 software engineers, including 2 team leads, 8 programmers, and 1 business analyst in the construction of a critical TBS internal system, utilized for controlling, organizing, and scheduling every second of content on each TBS cable network, both domestic and international.  The system was designed on a Microsoft .Net / Sql Server based platform, utilizing primarily C#.Net, WCF, and TSQL technologies.

Led a team of McCall and Lanier software developers, peaking at 15 staff members, in the creation of a new web based application. This application was designed to enable Physicians to review, edit, and sign their transcribed electronic patient reports online. Led the team from project initiation to project conclusion, culminating with successful installation/deployment at pilot sites.

Assisted Lanier staff with the development of a new system architecture for the foundation of their next-generation dictation system, including the design and implementation of new object based components to provide application messaging and security services to software clients of the system.

Provided project leadership, training, and technical expertise in the successful effort of converting the UNIX based Product Cost Calculator to Windows NT, a project involving more than 1,000,000 lines of C++ source code.

Provided leadership in the successful conversion of the client’s existing IBM MAPICS (Manufacturing Information System) Accounts Receivable data from an AS/400 and System 36 to a Sequent 750 UNIX based processor running Oracle 7.1 serving a client/server based “Dealer Central Accounts Receivable System” (DCARS). Also, provided technical leadership, expertise and assistance to client employees in the development of their Oracle scripts and SQLWindows programs. Key in the successful conversion of a CD-ROM Parts Catalog Production system from a UNIX system to Windows NT, an effort involving over 40,000 lines of Microsoft Visual C++ source code

Led small team that developed over 100 new GUI and relational database object oriented classes for integration into a new client/server based HIS Registration system.

Helped lead a team of 5 people in the design and coding of a new batch job monitoring system. This system contained over 5,000 lines of new C code and over 2,500 lines of new Powerhouse code for both HP and DEC HIS clients. System was installed successfully at over 100 client sites. Assisted with research to determine whether company should convert legacy applications to run using the new Visual Basic toolset. Built prototype applications in VB and converted smaller existing subsystems to run in the new development environment.